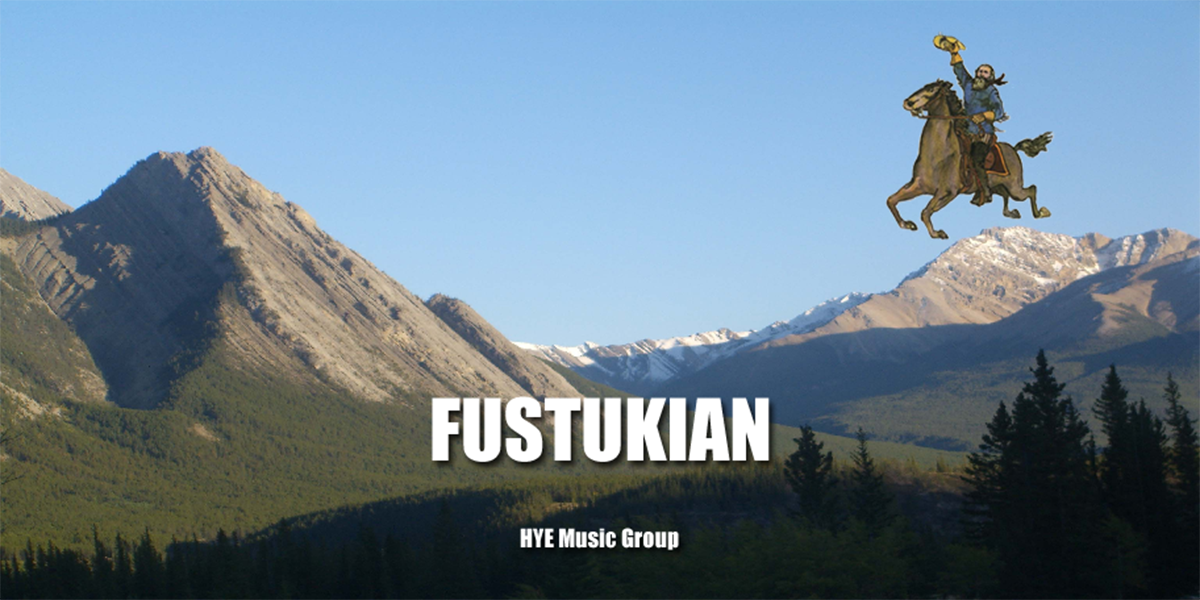 Fustukian was born in Winnipeg, Manitoba, Canada. His family moved to Edmonton, Alberta when his father, Mamigon, returned after serving in World War ll. Fustukian become involved with music at an early age and while in grade 3 in elementary school a music teacher played a selection on the record player. She played the entire selection of about 7 minutes and then asked the class if they knew who the composer was or the title of the piece. The silence was heavy in the room, then a voice was heard from the back, “Rhapsody In Blue by George Gershwin”. It was Fustukian responding to what has become a varied taste for music in his evolution as a singer, songwriter and record producer. Throughout the early stages of his life, he developed an affinity for jazz singers and big bands, rhythm and blues from the forties and fifties, country music in its original form and classical music. When rock and roll came knocking on the door, it opened up the gateway by making music using all the elements from those past genres of music. At age 13 he formed his first band and performed in community halls and byob nightclubs, then at age 13 he joined the Royal Canadian Navy using his older brothers’ birth certificate to qualify, thinking he could be the band vocalist and sing for people all over the world. After a year the Navy and Fustukian parted ways, not because of his age, but it was felt that Fustukians’ nature did not fit with the regulatory confinement of peacetime military life. Fustukian traveled across the country, working at various jobs, hitchhiking and riding the rods. Traveling by boxcar stirred a desire in Fustukian and he signed on as a brakeman with the CNR in Jasper, Alberta, in the heart of the Rocky Mountains. It was during his tenure in the Rockies that he decided to follow his childhood ambition in music. He moved back to Edmonton and performed on an all night radio show and through the urging of the host, Jim Hand, he got a job as a disc jockey in Lloydminster, Alberta. As Vik Armen, his new radio name, he traveled across the country working at stations in Winnipeg, Ottawa, Toronto and Providence Rhode Island. During this time he continued to record and while doing his morning radio show at CJCA in Edmonton he wrote, produced and released a single, “I’m Not In Your Dreams Anymore”, which became a number one single in the market. It was released on an independent label started by he and his partner, Arnold Palmer who was the record rep for Decca, Canada. The brass from Decca, Montreal flew out to meet with both partners and it was decided that any future recordings would be released on the Decca Canadian label, Apex. There followed several recordings on Apex, including one recorded at Norman Petty’s’ legendary studio in Clovis, New Mexico. Norman Petty worked with Buddy Holly through all his major hits.


Fustukians’ move to Rhode Island opened up new avenues for the singer. While doing his top rated afternoon radio show from 1965 to 1970 he was also Music Director for the station and he produced recordings for himself as well as groups in the New England area working at some of the top studios in New York and Boston. In addition to all these activities he produced live concerts with headliners such as Jimi Hendrix and Cream to Al Martino and one of his proudest moments, Buck Owens at Symphony Hall in Boston. He also produced the live concerts of The Who, Blood, Sweat and Tears, The Rascals, Vanilla Fudge, Mothers of Invention, Van Morrison, the Animals and many more. During his tenure in New England, he was voted as the most influential DJ on the Eastern Seaboard by Downbeat Magazine for two years in a row. On his departure from the station to devote himself exclusively to music, his rating was an unprecedented 44.4 share of audience.


It was then that Fustukian decided to return to Canada and sent a song he had written to one of his associates in Nashville he had met while in New York. His friend was Harry Jenkins, the former head of RCA Sunbury Dunbar Publishing. One of Harry’s accomplishments was negotiating the contract with Sam Phillips of Sun Records for the contract of Elvis Presley. After retiring from RCA, Mr. Jenkins was appointed General Manager of Jim Reeves Enterprises. The song Fustukian had submitted was, “The Lonesome Cowboy Song” which was immediately recorded by one of the company’s artists, George Kent. Harry Jenkins always felt strongly about Fustukian and his potential as a writer and recording artist and invited Fustukian to join Jim Reeves Enterprises as a singer, writer and producer. However, Fustukian didn’t quite fit the mold of the Nashville protocol of writing at the time and he then decided to go back to Canada to further his career.


He then recorded at a new studio in Edmonton, founded by another associate and band leader, Wes Dakus. Fustukian’s first release out of that studio resulted in a top single in 1975 distributed by A&M. “Phyllis”, became the number one Can Con recording on CKLW-FM, Detroit/Windsor and was a major hit across Canada. Fustukian has gone on to perform in venues as far reaching as Moscow to Las Vegas. He has also appeared as a principal actor in movies with Kirk Douglas, Jon Voight, James Coburn, Eric McCormack, George Kennedy, Ellen Burstyn, Tantoo Cardinal and many others.


But music is what it’s all about for Fustukian. With his new release, LONESOME COWBOY SONGS”, he once again confirms that he is truly one of the unsung heroes of Canadian Music. 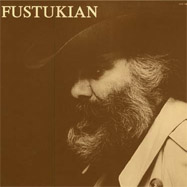 Bryan Fustukian is another of Canada’s unheralded vinyl heroes. His 1979 self-titled album, Fustukian, was released just prior to the launch of Country Music News in 1980, and as such, it received little fanfare in the Canadian music media. Fustukian’s 1981 follow-up LP, “Always”, fared better with coverage in CMN, upon its release - so now its time for a “Flashback” look at the debut album.
Click here for the full review